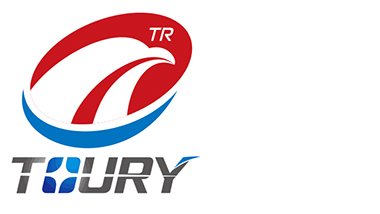 All kinds of capital compete to enter the LED industry, the LED industry may enter the peak period of enterprise mergers and acquisitions. Although the power shortage can produce good results for LED market sales, at the same time, the severe power supply situation may affect the normal production of semiconductor manufacturers in East China.

The State Grid Corporation predicts that the "power shortage" in "Sanhua" (North, East and Central China) will spread from this summer and this winter to 2012 and even 2013. At present, the phenomenon of "electricity shortage" is becoming more and more serious.

Industry insiders said that, out of a good estimate of the future market prospects, the investment in the LED industry continued to climb, driven by the policy, the investment enthusiasm of the domestic LED industry continued unabated. With the aggravation of electricity shortage, the market demand for LED products may appear blowout. Take Japan as an example, after the earthquake and tsunami, the demand for LED terminal products has increased dramatically. Therefore, according to market estimates, under the stimulation of electricity shortage, the domestic LED market will also appear the situation of rising demand.

According to relevant market data, in 2010, listed companies have invested more than 30 billion yuan in the LED industry, and more non-listed companies are also a major investor. Leading market investment is nothing more than a large-scale market demand. Although there are still more or less problems in the application of LED project, such as low cost performance and high cost of operation and maintenance, with the promotion of demonstration role, the construction of LED project has entered an accelerating stage nationwide, among which road network lighting system transformation is the most important. It's eye-catching.

Despite the good market prospects, the competition in the LED market is also very fierce. The lack of national standards and a large number of loopholes in market supervision lead to the industry competition deviating from the normal track, and vicious competition is flooding the whole market. With the intensification of market competition, the decline of terminal market price will inevitably reverse stimulate the decrease of cost and the improvement of technology. In the large-scale market war, a large number of enterprises will be eliminated. Therefore, the LED industry will enter a large-scale shuffling stage.

At present, the increasingly serious phenomenon of "electricity shortage" stimulates all kinds of capital to enter the LED industry, which is also the peak period of LED mergers and acquisitions. According to the Guangzhou International Lighting Exhibition Seminar, the shortage of electricity may lead to a blowout of LED demand, triggering an investment boom in LED, and all kinds of capital will share the emerging industry in the trillion yuan market.

According to reports, due to the lack of national standards, there is vicious competition, so that LED lamps can only compete for the market through price reduction. Industry insiders predict that the LED market will undergo a major shuffle in the second half of this year: "It is estimated that at least half of the LED lighting plants will close down."